Is Simply Hosting Down?

Reported! Create an account to monitor Simply Hosting and all your tools.

We have identified an intermitted network issue with one of our racks that hosts our SSD VPS customers, the issue is being investigated by our engineers.

A power issue at a 3rd-party colocation centre in London is causing an unexpected at-risk period for our network this evening. Our network has built-in diverse resilience and is continuing to operate during this time with no customer outages as there is plenty of spare capacity on alternate paths. At the moment we don't know how long this at risk period will last. We'll continue to monitor the issue.

We have identified an issue with a router line card at one of our network interconnection POP sites in Slough, UK. This caused some packet loss affecting around 10% of customers at around 11:30 GMT to 12:00 GMT. Traffic has now been routed to other paths in our network to solve the problem whilst we investigate the faulty hardware further. The network has a reduced level of resilience at this time whilst this is corrected.

Network maintenance due to optical fault

Our fibre circuit supplier has an issue with one of the optical paths to our Reading data centre and is periodically removing it from service for testing, and restoring service afterwards. No impact is expected as our network will fail over between the available paths quickly, however the network is at-risk of furter failure for short periods when one circuit is out of service for testing.

Minor Resolved · over 1 year ago · lasted about 1 year

We have identified an equipment failure that makes up part of our optical network. While we currently still have full resiliency, our optical network is in a degraded state and this should be considered an at-risk period until the affected part has been replaced.

Minor Resolved · over 1 year ago · lasted about 1 year

We have detected a fibre fault on our UK backbone network between our POP sites in Slough and London Docklands areas. No services are currently affected as the network resilience takes care of this situation as expected, however the network is at-risk (of further failure) until the fibre fault is repaired. The fibre provider has been engaged to investigate this and we will provide further information as soon as it becomes available.

Monitor Simply Hosting and all your cloud services outages

The Old Way
With IsDown

"If you are in SRE, IT, or Security and work in an environment with a lot of SaaS (which, let's face it, is all of them) - IsDown is your new best friend. Helpfully aggregates various Statuspages from services into a very clear dashboard. Worth every penny." 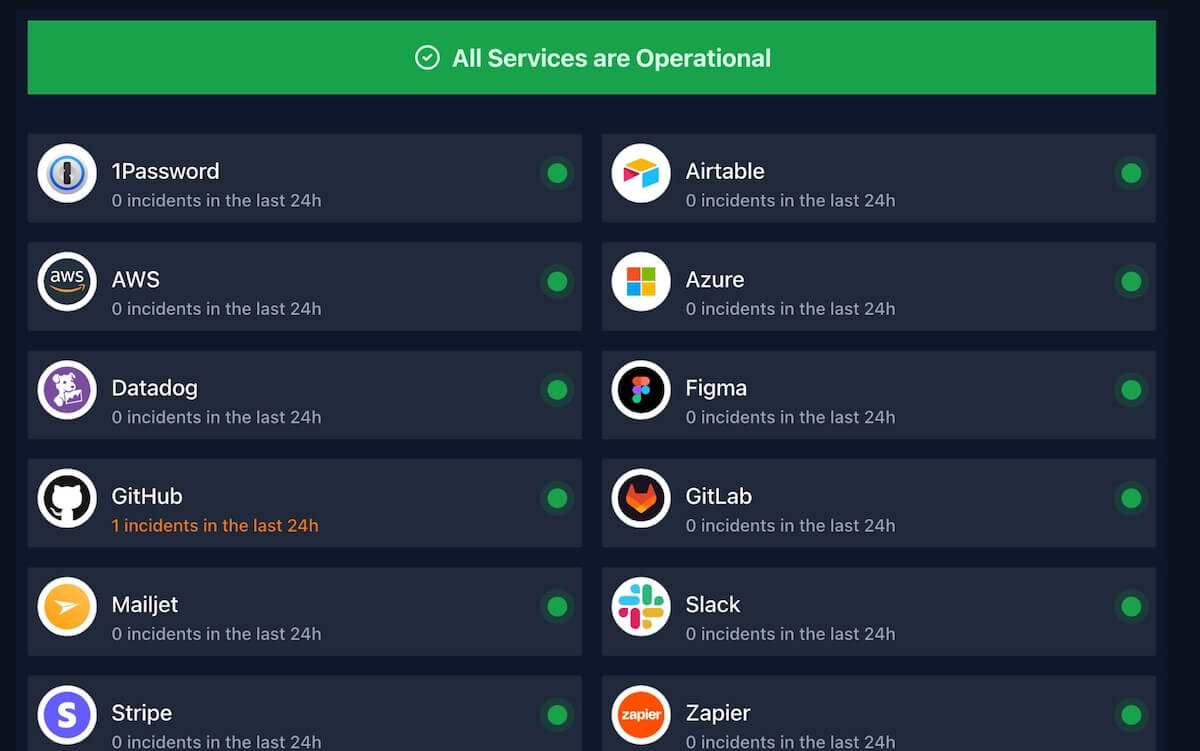 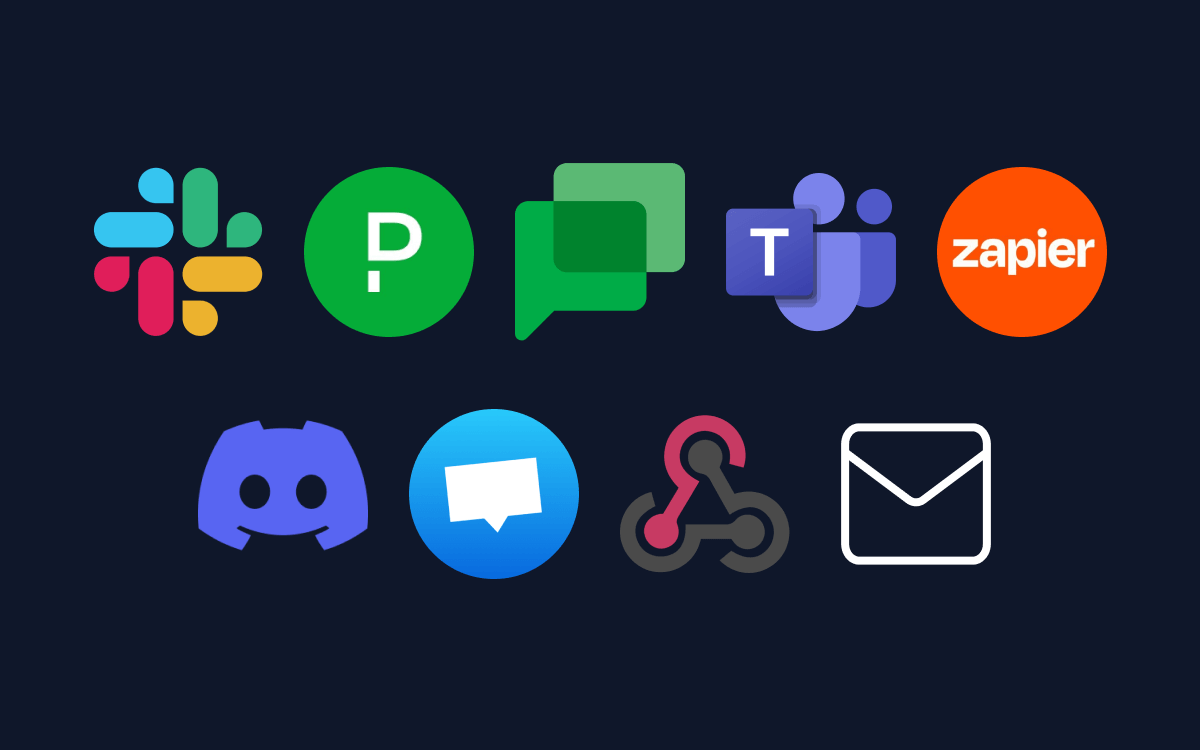 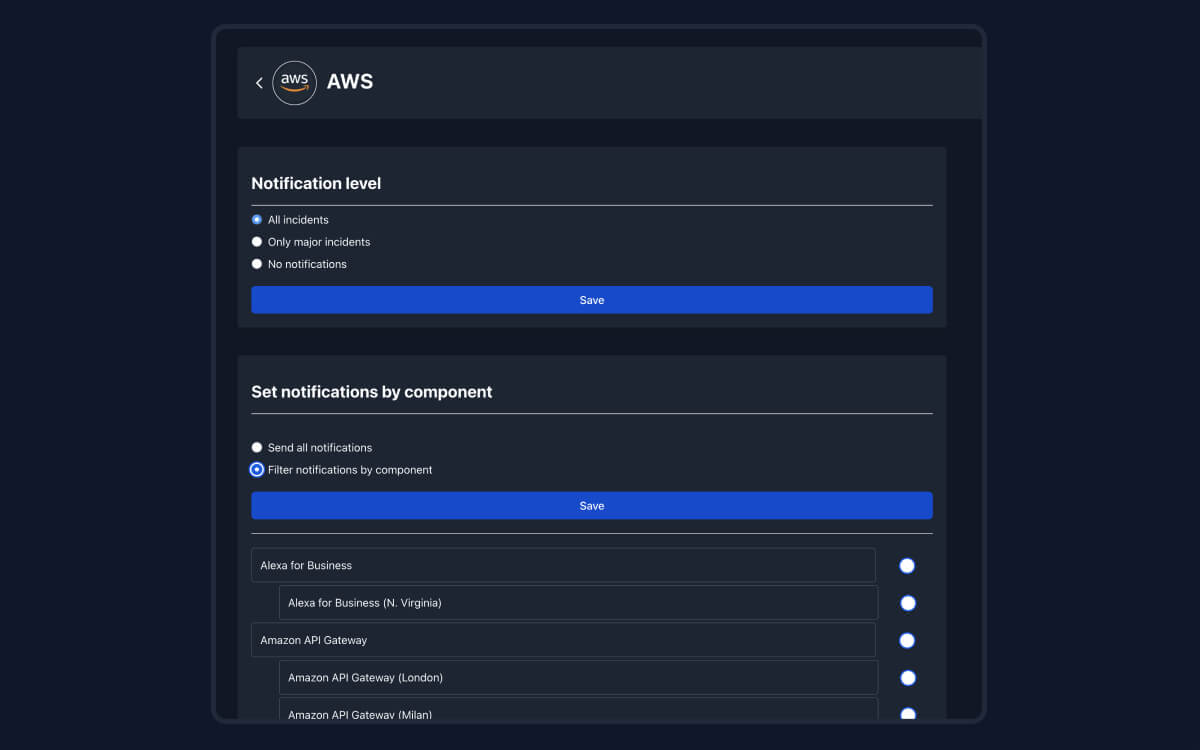 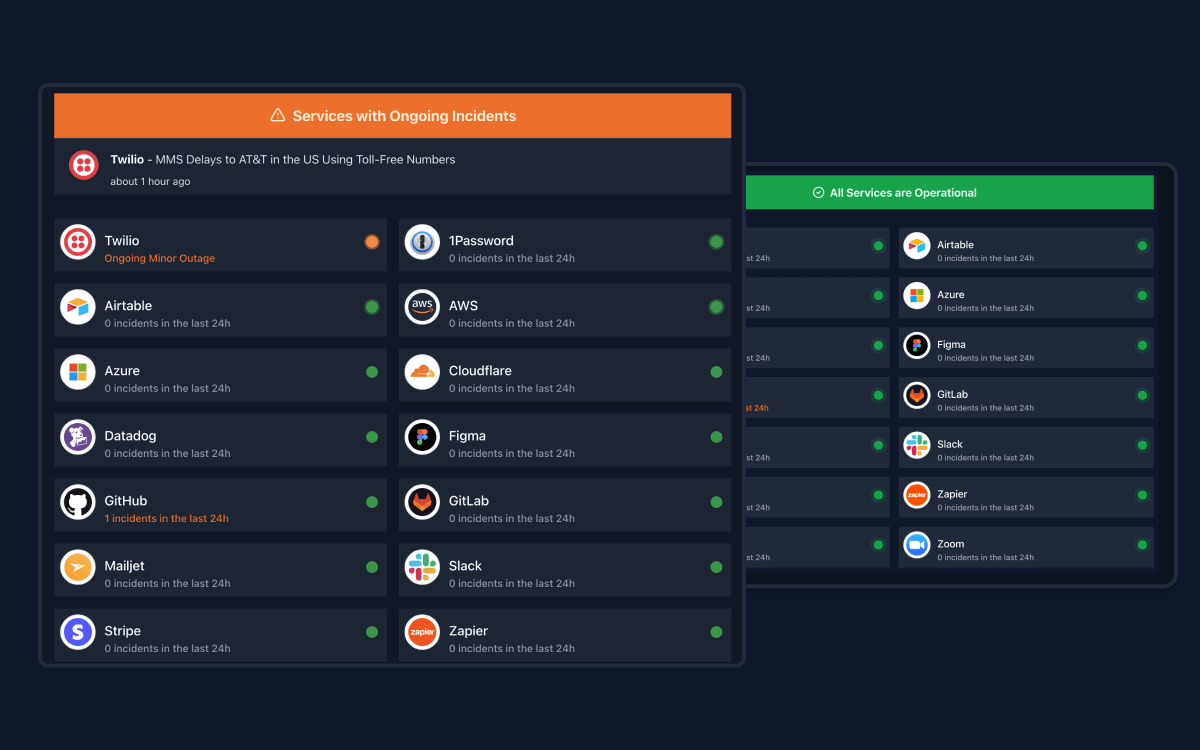 Is Simply Hosting down today?
Simply Hosting seems to be up and running. We've updated the status 7 minutes ago.
I'm having issues with Simply Hosting, but the status is OK. What's going on?
There are a few things you can try:
How can I be notified when Simply Hosting is having issues?
You can subscribe for updates on the official status page or create an account in IsDown. We will send you a notification in real-time when Simply Hosting has issues.
Why use IsDown?
IsDown is a status page aggregator, which means that we aggregate the status of multiple cloud services. Monitor all the services that impact your business. Get a dashboard with the health of all services and status updates. Set up notifications via email, Slack, or Discord when a service you monitor has issues or when maintenances are scheduled.
What happens when I create an account?
You'll have access to a 14-day trial in our Pro plan. You can cancel or delete your account anytime. After 14 days, you'll need to subscribe to continue to use the service and get notifications.
How can I pay for a subscription?
You can go to the Billing section in your account and choose one of the plans. We have monthly and yearly options. We accept all major credit cards, Apple Pay, and Google Play. We use Stripe for payments.
Can I get a refund?
We'll refund your subscription if you cancel it until ten days after the subscription has started. No questions asked.
Can't find a service/integration?
Just contact us, and we'll add it ASAP. 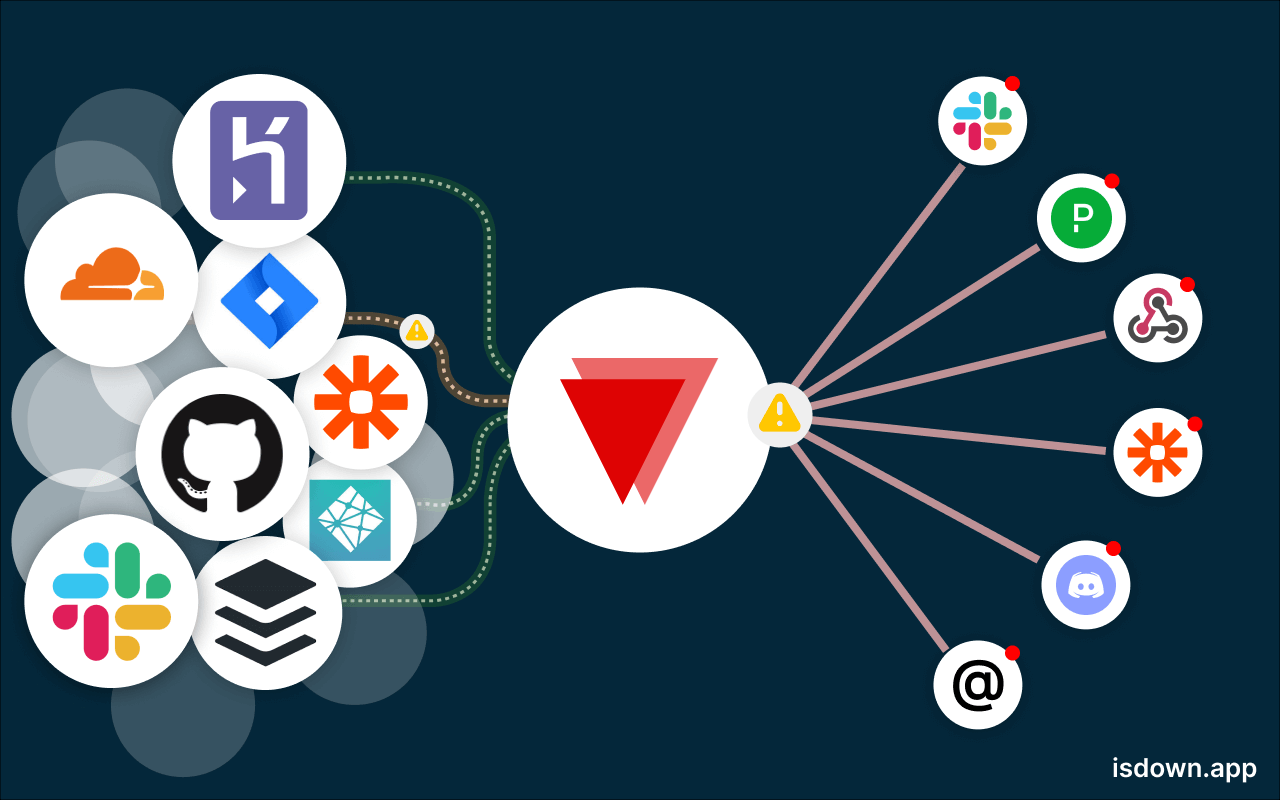 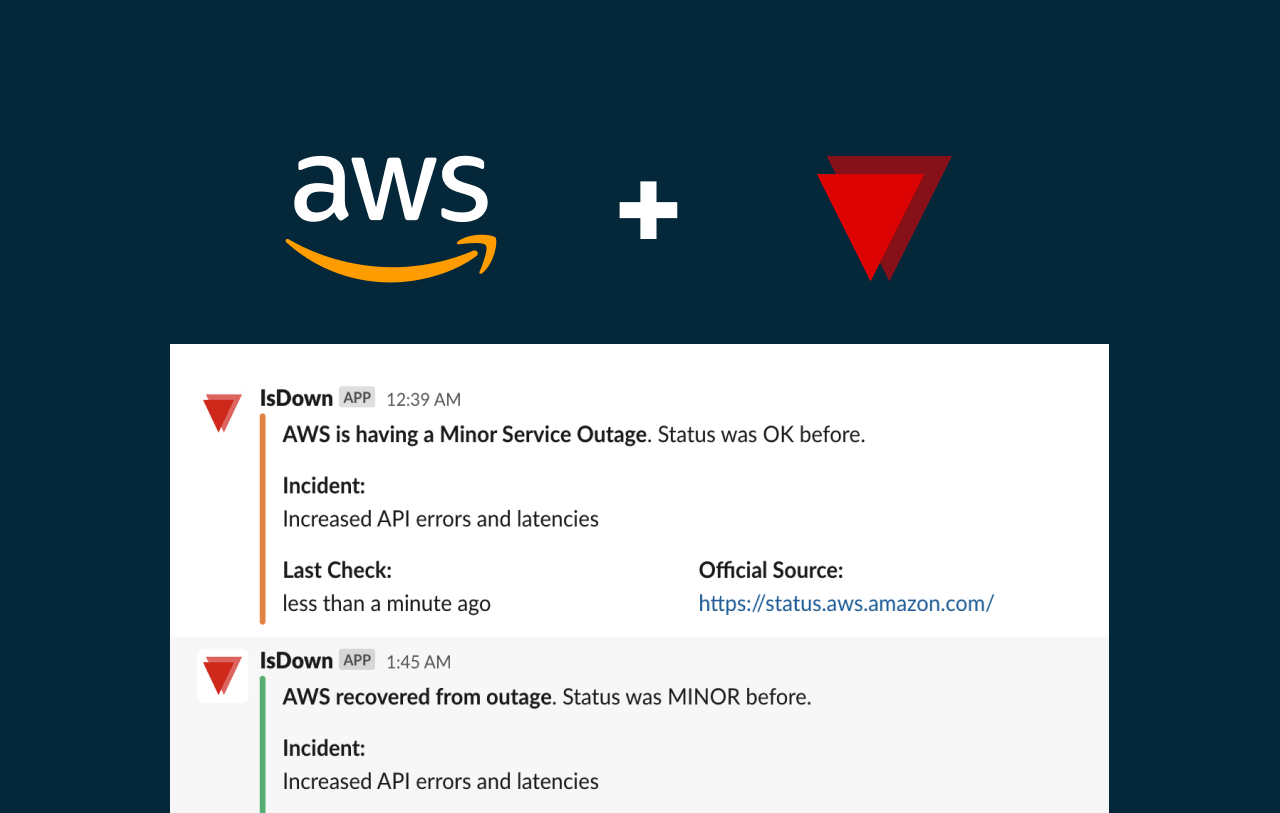 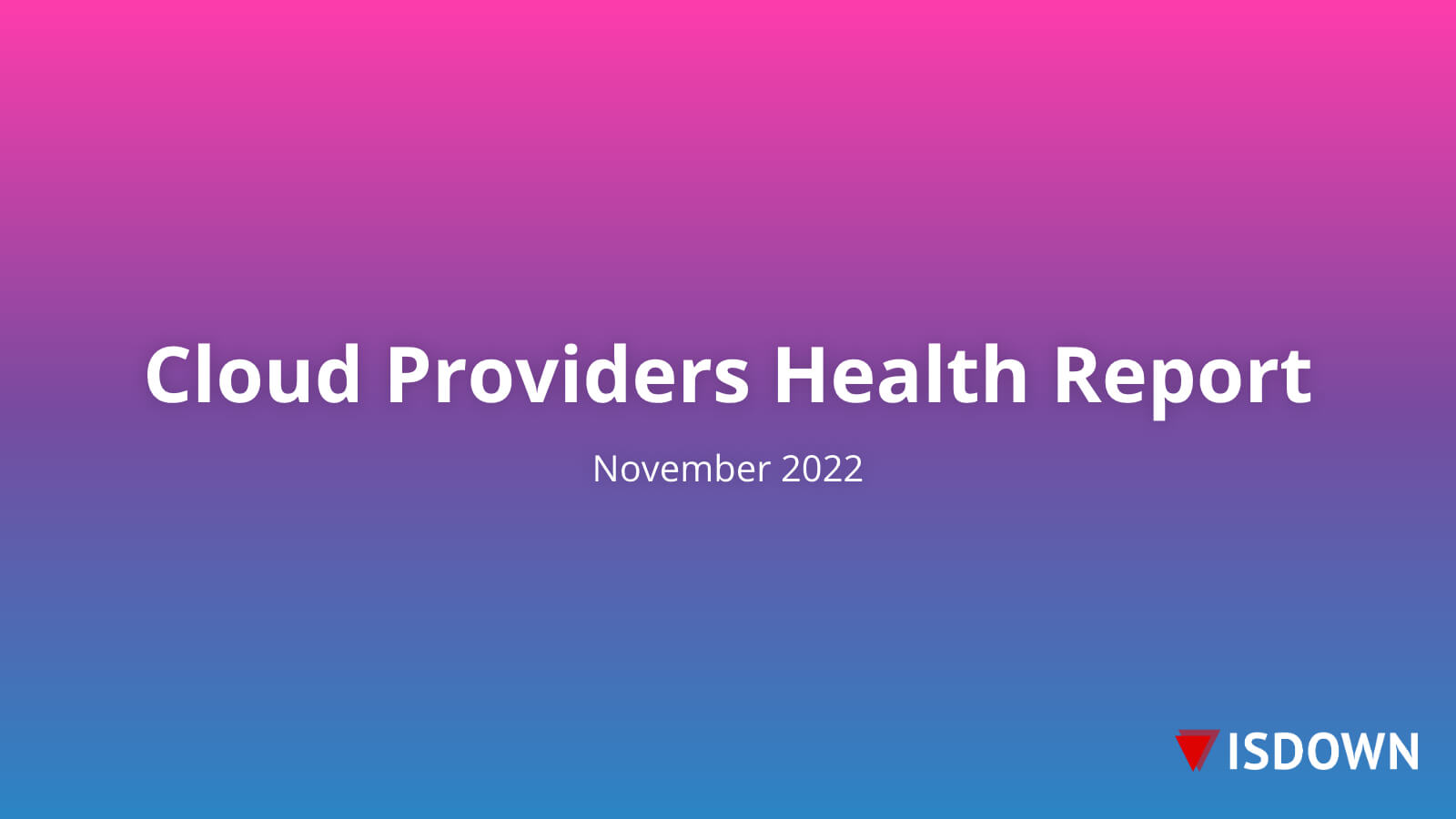 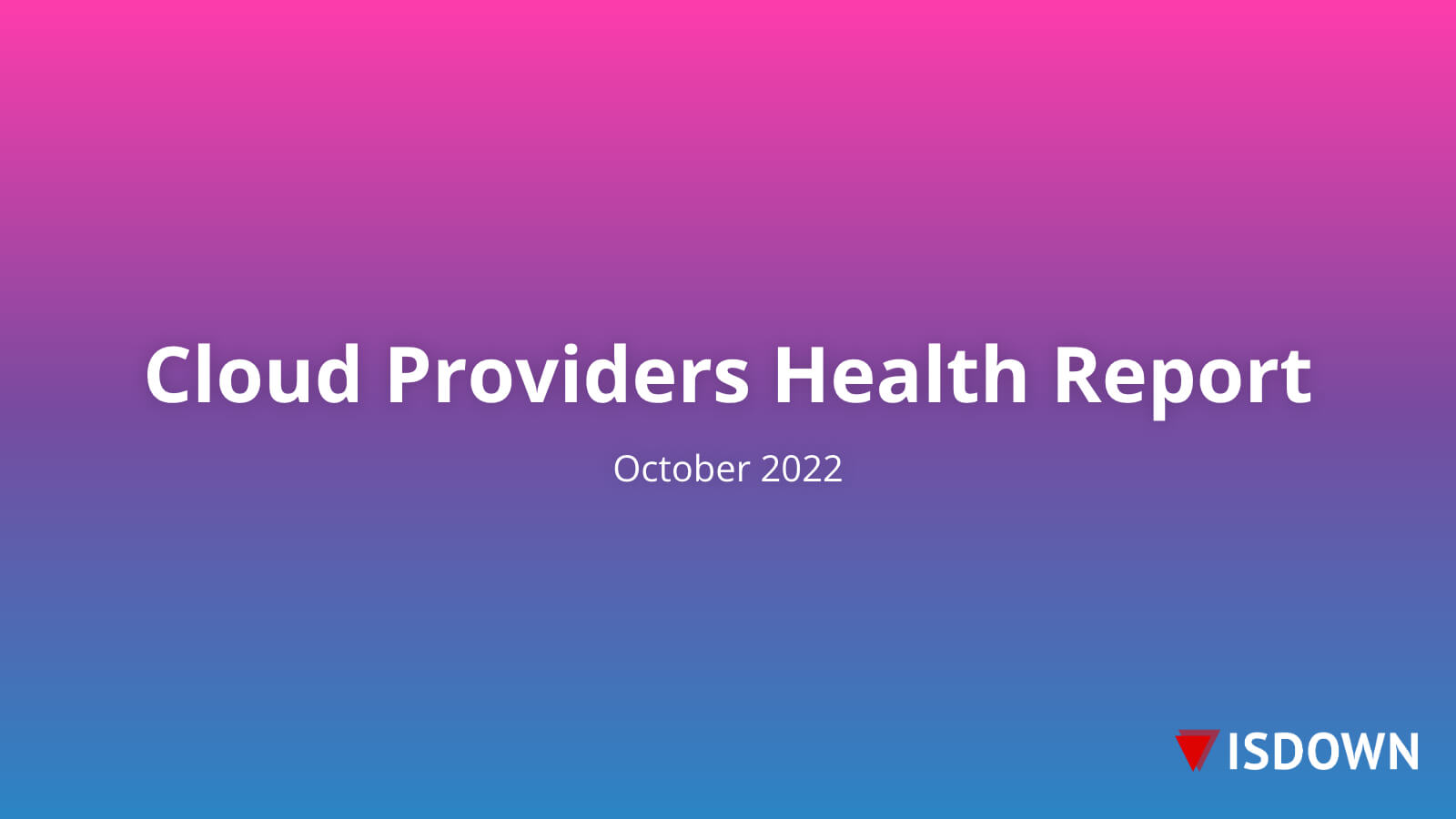 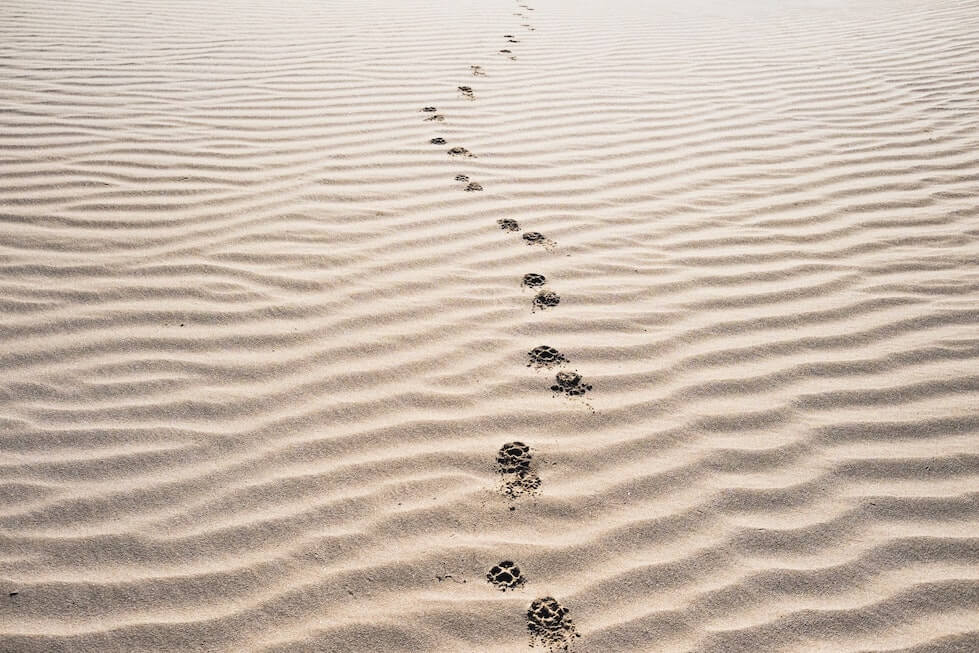 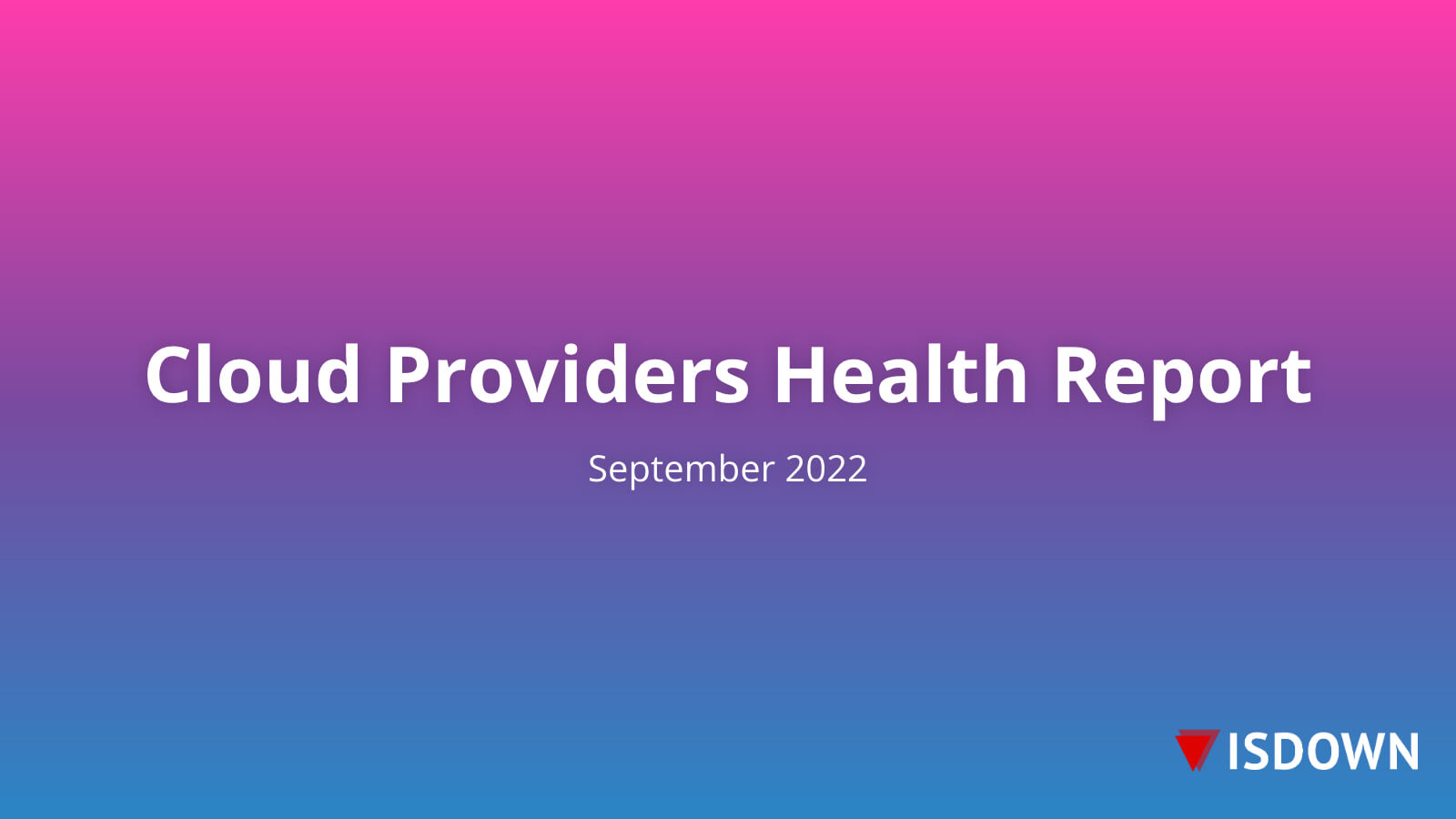 Check September 2022 health report on the most popular cloud providers. We analyze the health of the cloud providers based on the number of outages and problems during the month.